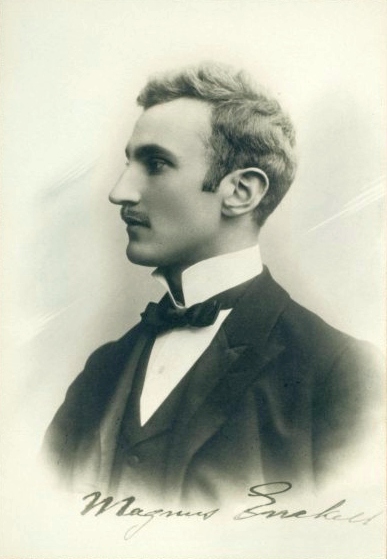 MAGNUS ENCKELL was a Finnish symbolist painter born on this date (d: 1925)  Enckell, at first, painted with a subdued palette (which included mostly just grey, black, and brown), but from 1902 onwards used increasingly bright colors. He was a leading member of the 'Septem' group of colorist painters. Young Magnus has been considered to be a very influential representator of symbolism. He was one of the painters of an altar in the Tampere cathedral.


In 1891 he went to Paris for the first time, where he became a student of Jules-Joseph Lefebvre and Jean-Joseph Benjamin-Constant at the Academie Julian. There he was drawn to the Symbolist movement, and was influenced by the painter Pierre Puvis de Chavannes as well as Symbolist literature.


In 1894 and 1895 Enckell traveled to Milan, Florence, Ravenna, Siena and Venice, where his inner conflicts were reflected in his art. In 1898 he taught himself fresco and tempera techniques in Florence, by studying the work of Masacio and Fra Angelico.


The years in Italy gave his work a greater range of colors and a more optimistic foundation. In the first years of the twentieth century, under the influence of Post Impressionism he developed a brighter, more colorful palette. An example of this is the series, The Bathers, in dark, lively colors. Together with Verner Thome and Ellen Thesleff, Enckell founded the group 'Septem', in which artists who shared his beliefs came together.


1907 Enckell executed the commission for the altarpiece of Tampere Cathedral. The fresco, more than 10 meters wide and 4 meters high, shows, in subdued colors, the resurrection of people of all races. In the middle of the painting two men walk hand in hand.

From 1901 onwards Enckell spent many summers on Suursaari Island, where he painted his "Boys on the Shore" (1910). He organised exhibitions of Finnish art in Berlin and Paris, and of French and Belgian art in Helsinki (1904). He chaired the Finnish Arts Assocation 1915 to 1918, and was elected a member of the Fine Art Academy of Finland in 1922.


Enckell died in Stockholm in 1925. His funeral was a national event. He was buried in his native village in Finland 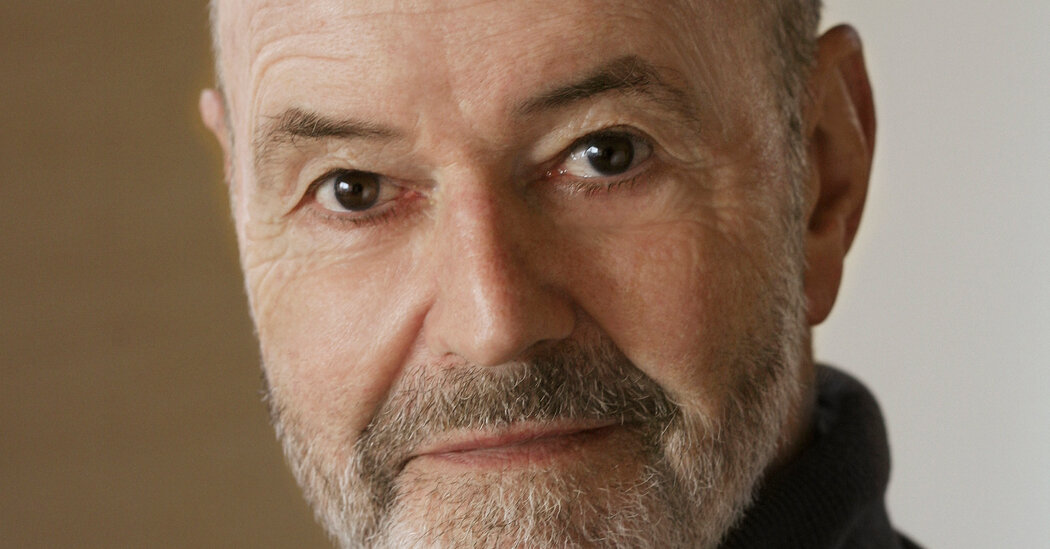 
He was a board member of the family’s van Ameringen Foundation and president of his personal foundation, the H. van Ameringen Foundation. He  began funding gay rights and HIV/AIDS organizations in 1987 following the beginning of the AIDS epidemic of the 1980s. He was also known as a major donor to Democratic and marijuana legalization causes.


After college, van Ameringen worked for the company founded by his father, International Flavors and Fragrances (IFF) as European vice president in charge of fragrance marketing. IFF became a billion-dollar company. In 2014, IFF was listed as the third largest flavor and fragrance company in the world.


He also served as co-chairman of the board of directors of In the Life Media and was on the board of Fountain House, an organization in New York for people with mental illness.


He was more than a checkbook, though. It wasn't unusual to see him in an apron in the kitchen of God's Love We Deliver (to which he was a major donor). He was also a major donor to In The Life, a n LGBT newsmagazine on PBS.


Mr. van Amerignen died at home on September 9, 2020 in his home in Manhattan. 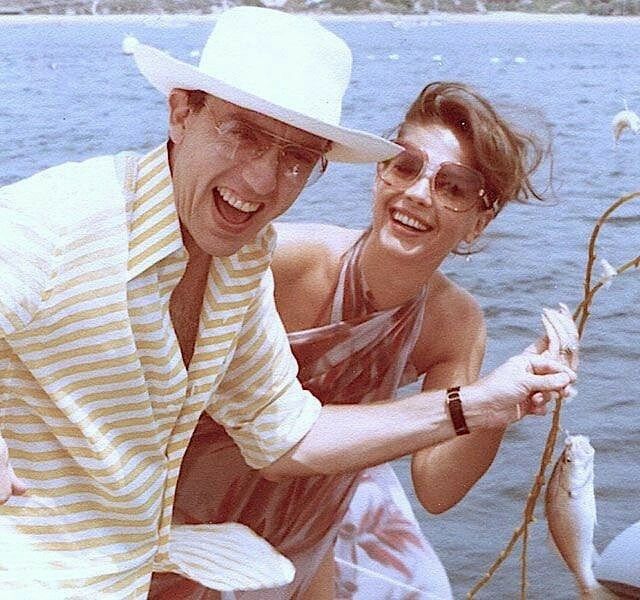 Edward MART CROWLEY was an American playwright born on this date, who was best known for his play The Boys in the Band.


Crowley was born in Vicksburg, Mississippi. After graduating from The Catholic University of America (studying acting and show business) in Washington D.C. in 1957, Crowley headed west to Hollywood, where he worked for a number of television production companies before meeting and becoming close friends with Natalie Wood on the set of her film Splendor in the Grass. Wood hired him as her assistant, primarily to give him ample free time to work on his gay-themed play that was to become The Boys in the Band. which opened off-Broadway on April 14, 1968 and enjoyed a run of 1,000 performances. “The power of the play,” Clive Barnes wrote in his review in The New York Times, “is the way in which it remorselessly peels away the pretensions of its characters and reveals a pessimism so uncompromising in its honesty that it becomes in itself an affirmation of life.” The play, opening more than a year before the Stonewall Inn uprising in Greenwich Village, gave new visibility to the world it depicted, with the show drawing both gay and straight audience members.


Crowley became part of Wood's inner circle of friends that she called "the nucleus", whose main requirement was that they pass a "kindness" test.


Crowley's sequel to The Boys in the Band was entitled The Men From the Boys, following the characters of the original story thirty years later. In. 2018 "Boys in the Band" was restaged on Broadway in a 50th anniversary revival featuring an all-gay male cast including Matt Bomer, Jim Parsons, Zachary Quinto and Andrew Rannels.


Crowley also wrote and produced Remote Asylum and the autobiographical A Breeze from the Gulf.


In 1979 and 1980, Crowley served first as the executive script editor and then producer of the ABC series Hart to Hart, starring Wood's husband Robert Wagner and Stefanie Powers. His other credits include the teleplays for There Must Be a Pony (1986), Bluegrass (1988), People Like Us (1990), and a reunion special of Hart to Hart in 1996.


The Boys in the Band was adapted into a film in 1970 directed by William Friedkin.


Crowley had heart surgery and died while in recovery in Manhattan, in New York on March 7, 2020...

The WOMEN'S SUFFRAGE MOVEMENT was a decades-long fight to win the right to vote for women in the United States. It took activists and reformers nearly 100 years to win that right, and the campaign was not easy: Disagreements over strategy threatened to cripple the movement more than once. But on August 18, 1920, the 19th Amendment to the Constitution was finally ratified, enfranchising all American women and declaring for the first time that they, like men, deserve all the rights and responsibilities of citizenship.


The campaign for women’s suffrage began in earnest in the decades before the Civil War. During the 1820s and 30s, most states had extended the franchise to all white men, regardless of how much money or property they had.


At the same time, all sorts of reform groups were proliferating across the United States— temperance leagues, religious movements, moral-reform societies, anti-slavery organizations—and in many of these, women played a prominent role.


Meanwhile, many American women were beginning to chafe against what historians have called the “Cult of True Womanhood”: that is, the idea that the only “true” woman was a pious, submissive wife and mother concerned exclusively with home and family.


Put together, all of these contributed to a new way of thinking about what it meant to be a woman and a citizen of the United States.


In 1848, a group of abolitionist activists—mostly women, but some men—gathered in Seneca Falls, New York to discuss the problem of women’s rights. They were invited there by the reformers Elizabeth Cady Stanton and Lucretia Mott.


Most of the delegates to the Seneca Falls Convention agreed: American women were autonomous individuals who deserved their own political identities.


“We hold these truths to be self-evident,” proclaimed the Declaration of Sentiments that the delegates produced, “that all men and women are created equal, that they are endowed by their creator with certain inalienable rights, that among these are life, liberty, and the pursuit of happiness.” What this meant, among other things, was that they believed women should have the right to vote.


During the 1850s, the women’s rights movement gathered steam, but lost momentum when the Cicil War began. Almost immediately after the war ended, the 14th Amendment and the 15th Amendment to the Constitution raised familiar questions of suffrage and citizenship.


The 14th Amendment, ratified in 1868, extends the Constitution’s protection to all citizens—and defines “citizens” as “male”; the 15th, ratified in 1870, guarantees Black men the right to vote.


Some women’s suffrage advocates believed that this was their chance to push lawmakers for truly universal suffrage. As a result, they refused to support the 15th Amendment and even allied with racist Southerners who argued that white women’s votes could be used to neutralize those cast by African Americans.


Starting in 1910, some states in the West began to extend the vote to women for the first time in almost 20 years. Idaho and Utah had given women the right to vote at the end of the 19th century. Still, southern and eastern states resisted. In 1916, NAWSA president Carrie Chapman Catt unveiled what she called a “Winning Plan” to get the vote at last: a blitz campaign that mobilized state and local suffrage organizations all over the country, with special focus on those recalcitrant regions.


Meanwhile, a splinter group called the National Woman’s Party founded by Alice Paul focused on more radical, militant tactics—hunger strikes and White House pickets, for instance—aimed at winning dramatic publicity for their cause.


World War I slowed the suffragists’ campaign but helped them advance their argument nonetheless: Women’s work on behalf of the war effort, activists pointed out, proved that they were just as patriotic and deserving of citizenship as men.


It fell to Tennessee to tip the scale for woman suffrage.


The outlook for ratification by the requisite number of states appeared bleak, given the outcomes in other Southern states and given the position of Tennessee’s state legislators in their 48-48 tie. The state’s decision came down to 23-year-old Representative Harry T. Burn, a Republican from McMinn County, to cast the deciding vote. Although Burn opposed the amendment, his mother convinced him to approve it. Mrs. Burn reportedly wrote to her son: “Don’t forget to be a good boy and help Mrs. Catt put the ‘rat’ in ratification.” With Burn’s vote, the 19th Amendment was fully ratified.


Finally, on August 18, 1920, the 19th Amendment to the Constitution was ratified. And on November 2 of that year, more than 8 million women across the United States voted in elections for the first time.....