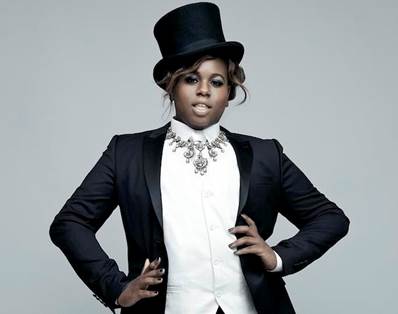 Fierce, dynamic and wildly talented “Glee” star Alex Newell is one of those great artists that come around once in a lifetime. Newell, who many know as series regular Wade “Unique” Adams on Fox’s Glee, recently signed to legendary Atlantic Records and has been featured on a number of worldwide dance smashes. Now he is ready to bring his incredible vocal talents to the T-Dance stage.

Natalie La Rose is “Somebody” the world is paying attention to! Her debut single, “Somebody” featuring Jeremih, is already a smash at radio, where it is #1 at Rhythm and Top 10 on the Top 40 airplay charts. “Somebody” recently entered the Top 15 on the Billboard Hot 100 and has reached the Top 10 of both iTunes’ Pop and Overall Top Songs chart. The single is also one of the Top 5 “Most Shazamed Records in the USA,” has over 30 million streams on Spotify worldwide, with 10 million YouTube/Vevo views and counting. Originally from Amsterdam and signed by superstar Flo-rida, Natalie is extremely excited to be making her White Party debut and “turning it” for the gay masses. Said Sanker, “It’s thrilling to present not only established superstars like LeAnn Rimes, but also showcase new, up and coming talent on our stages. We’ve all enjoyed watching Alex on “Glee” and hearing Natalie in the clubs and on the radio. Now for the first time, their passionate and blistering performances come to the Sunday T-Dance.”

A spectacle like no other, T-Dance truly is an unforgettable emotional awakening as day turns to night at the foothills of the San Jacinto Mountains. Whether you're out on the dance floor or taking in the vistas from atop the world-famous White Party Ferris Wheels, there’s no shortage of eye candy or jaw-dropping views. This year’s DJs include: Ralphi Rosario, Paul Goodyear and Wayne G. Under the starry night, all eyes gaze upward for the legendary T Dance fireworks display; choreographed to an exclusive musical remix by maestro himself, Wayne G.

The day prior, WPPS revelers will get to bask under the desert sun for the all-new, massive Saturday daytime extravaganza at Wet ‘n’ Wild Palm Springs Water Park (18 and over). Enjoy all the attraction has to offer, including 20 water rides and thousands of scantily clad men, while you groove to the sounds of DJ Gustavo Scorpio, DJ Grind and, and SoCal favorite, Tiger Heat’s DJ Ray Rhodes. Cocktails and other alcoholic beverages will be available at fully stocked bars located throughout the park (21+). Use complimentary shuttles running continuously to and from the Renaissance Hotel or park for free on-site.

And in keeping with the spirit of offering something for everyone, WPPS will provide complimentary Warrior Yoga - bringing a holistic approach to the WHITE PARTY WEEKEND’s marathon of nine parties in seventy-two hours. Warrior yoga is the fusion of the classical Ashtanga Yoga asanas (poses), pranayama (breath control), meditations, along with philosophies and discipline of stretching & strength training. Rejuvenate the body, let the mind rest, and the spirit soar. All levels welcome. Join sexy Yogi Master Francisco Ramos on the lawn behind the Renaissance Hotel at the south east entrance to the Convention Center at 9:30am Saturday to recharge your body and start you day right for the parties to come.