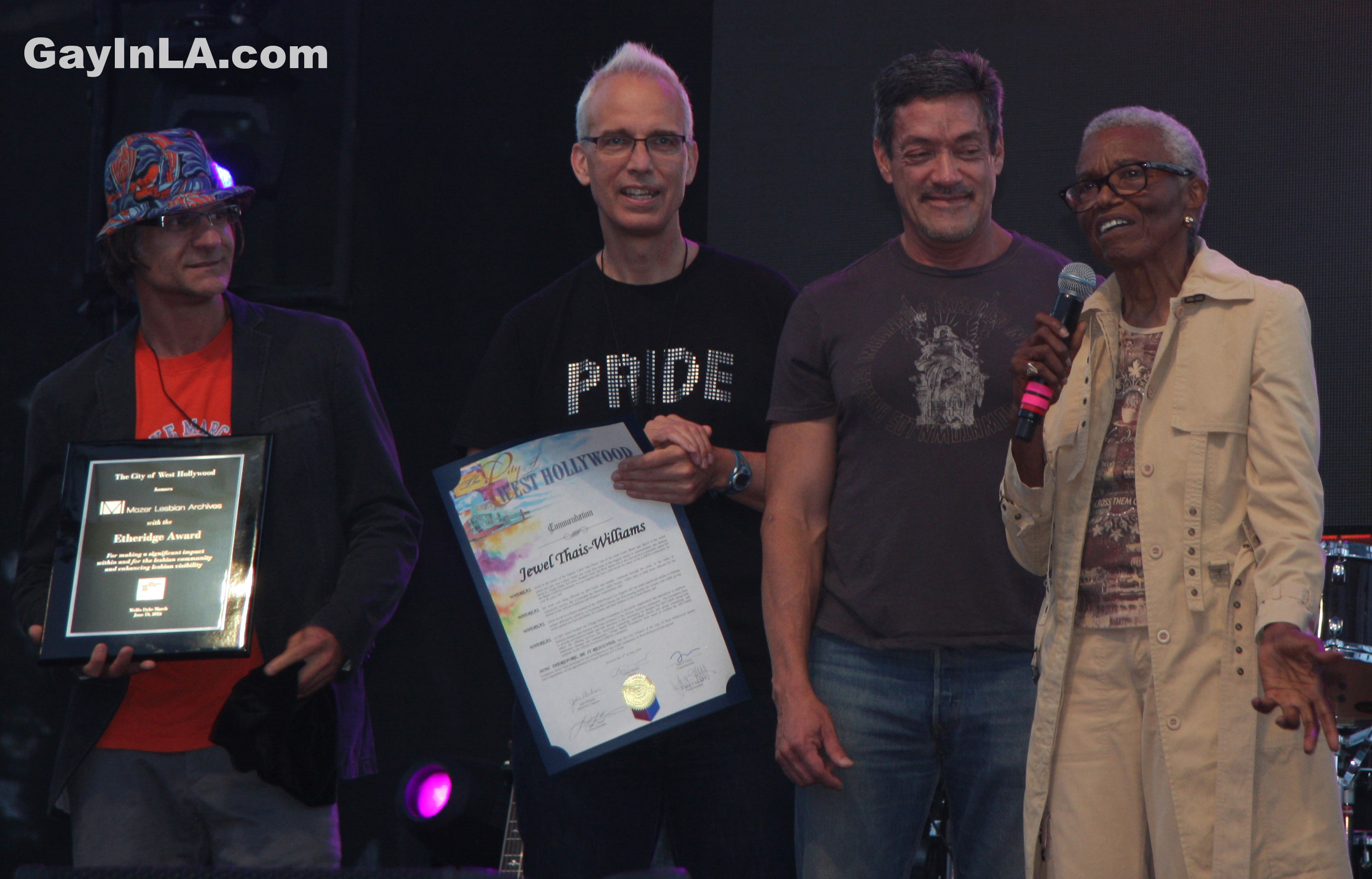 The Etheridge Award is presented annually to women or women’s organizations who have made significant impacts within and for the lesbian community. Named after its first honoree, highly acclaimed singer/activist Melissa Etheridge, past honorees of the Etheridge Award have included the Honorable Sheila Kuehl, Jewel Thais-Williams (who has been named 2016 L.A. Pride in West Hollywood Parade Grand Marshal), Ivy Bottini, Rita Gonzales, and the late Jeanne Cordova.