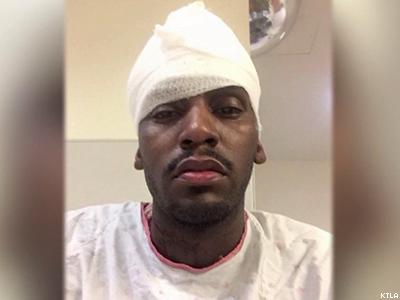 Authorities were searching Tuesday for four men who attacked a man in West Hollywood while shouting racial and gay slurs at him.

Don Brooks was walking home around 2 a.m. when the attack happened.

Brooks said he was crossing Santa Monica Boulevard near Fairfax Avenue when four Armenian men in their mid to late 20s drove up in a white Audi SUV.

According to Brooks, what began as a verbal assault escalated into a physical attack that left him bleeding in the street from a gash on the side of his head.