Save event and all repeats as iCal
Felix Art Fair 2020 - The Hollywood Roosevelt
Saturday, February 15, 2020
- 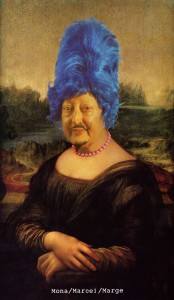 If the inaugural edition of Frieze Los Angeles created a thunderous roar when it rolled into town last February, then the concurrent debut of Felix L.A. added a flash of lightning. That fair — which unfurled at the Hollywood Roosevelt Hotel, with art on view in guest rooms and poolside cabanas instead of booths — was intimate, unconventional and energetic.

When it returns Feb. 13-16, Felix will again have a Special Projects series, this time centered on gender, queerness and feminism. Last year fair co-founders Dean Valentine, Mills Moran and Al Moran chose the projects; this year they have appointed William J. Simmons to organize the series.

“I was thinking through imagination at this time when we’re beleaguered by questions of identity,” Simmons said. “We’re all kind of afraid. Where is the optimism in all of this? Where is queer and feminism optimism in all of this? These are artists who are engaging with hope and fear and criticality — and more often than not, they turned out to be queer people, or women-identified artists, or both.”

The 14 projects by 15 artists will appear throughout the hotel’s lobby as well as in ballrooms and outdoor bungalows, where a long-ago-painted David Hockney mural shimmers at the bottom of the pool.