City of West Hollywood Reflects on 30 Years of Cityhood 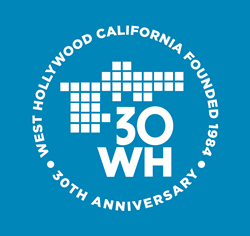 Saturday, November 29, 2014, marked 30 years for the city of West Hollywood as an incorporated municipality. In the year to come, the city will celebrate with events throughout 2015.

In 1984, Cityhood was proposed by an unlikely coalition of gay and lesbian activists; seniors; and renters — these groups came together to form a city like no other with progressive policies and strong tenants' rights protections. Through tireless determination, the City of West Hollywood was officially incorporated as an independent City on November 29, 1984. During its three decades, West Hollywood has become one of the most influential small cities in the nation