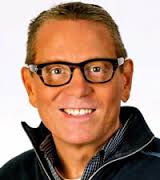 AIDS Project Los Angeles (APLA) mourns the death of former APLA Board Chair Dana Miller. Miller, who was well-known for his work in the LGBT and HIV/AIDS communities in Los Angeles, died this past week in South Pasadena, CA. He was 59.

Miller joined APLA’s board of directors in the early 1990s and served as fund development chair before becoming board chair—a position he held from 1994 to 1997. His passionate work with and on behalf of APLA took many forms for over 20 years. He was well-known for producing the seventh through 11th installments of APLA’s annual “Commitment to Life” benefit, an event Dame Elizabeth Taylor created, driven by her personal belief that something had to be done to help in the fight against AIDS. During that time the benefit honored many celebrities and notable public figures, including Hillary Clinton, Tom Hanks, Rosie O’Donnell, Gerald Levine, Nathan Lane, and Janet Jackson, to name just a few.

Dana will be sorely missed. He was a great asset and advocate for our community.