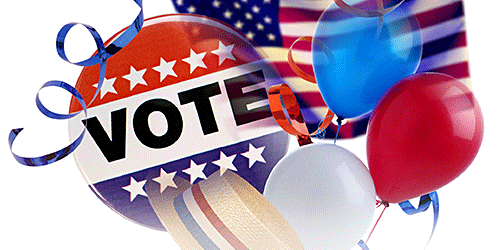 March 3rd is a day that will go down in history.  It is the day that Californians make their pick for the 2020 Presidential Primary, District Attorney, Adam Schiff's seat and other local positions.

Let your voice be heard and encourage others to do the same.  Our future is at stake.

Celebrating its 51st year of helping LGBT people thrive, the Los Angeles LGBT Center has set a goal to raise $51,000 ahead of the family-friendly LA Big 5K on Saturday, March 7. This is the Center’s first time participating in the iconic run through Los Angeles, which is open to everyone of all abilities.

To date, the Center’s 5K contingency—known as the Center Crew—has raised nearly $20,000. Proceeds will benefit the Center’s vital programs and services.

“Since 1993, the City of West Hollywood has presented Rainbow Key Awards to individuals and groups that have gone above and beyond in their service to the LGBT community. Contributions have come in many forms, including the arts, community service, humanitarian action, sports, medicine, armed services, leadership potential, benefit to the global gay and lesbian community, and more,” the city said in an announcement of the nomination period.

With days away from its official opening, the Planned Parenthood Baldwin Park Health Care Center has already provided reproductive and sexual health services to more than 100 patients, according to the organization. Planned Parenthood Pasadena & San Gabriel Valley (PPPSGV) say they expect to see 5,000 patients at the Baldwin Park health care center in its first year of operation.

LA Times - Matt Brennan - It concluded with a strange, strained meta-musical, and stumbled through a penultimate season that resembled four shows in one, but “Transparent,” Jill Soloway’s Emmy-winning portrait of a trans woman and her sprawling family, once set TV alight.

Upon its premiere in the fall of 2014, the Amazon dramedy and a handful of other recent titles — “Looking,” “Orange Is the New Black,” “American Horror Story,” “Please Like Me,” “How to Get Away With Murder” — spurred me, then six weeks into my career as a television critic, to pronounce the arrival of the “New Queer Television”: An “explosion of series engaging queer themes” as noteworthy as the movement B. Ruby Rich famously coined the New Queer Cinema.

WEHO Times - Were you seen at The Gold Coast Bar this past Sunday, February 16th, from 4pm-8pm? The Los Angeles Sisters of Perpetual Indulgence and The Gold Coast hosted the Second Annual White Dress Party with DJ Hazmat during the long President’s Day Weekend.

The White Dress Party is an annual fundraiser. Each year, The Sisters select a non-profit organization they wish to benefit. This year, they selected The Life Group Los Angeles as the beneficiary.

LA Times - Talk-show host Wendy Williams has issued an apology to the LGBTQ community after drawing criticism for anti-gay comments she made during a recent episode of her daytime program.

On Thursday’s “Wendy Williams Show,” the veteran host unleashed a rant against gay men, scolding them for “wearing our skirts and our heels” and declaring, “You’ll never be the women that we are. No matter how gay.” 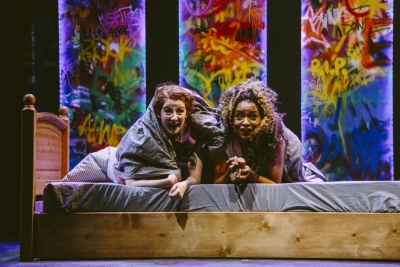 LA Times - The Geffen Playhouse is undergoing a major housecleaning at the moment. Playwright Qui Nguyen and his company Vampire Cowboys have blown into the theater on daffy winds that are whooshing the old cobwebs onto the trees of Westwood Village.

“Revenge Song: A Vampire Cowboys Creation,” which is having its world premiere at the Geffen’s Gil Cates Theater, is like nothing you’ve seen before at the sedate Westside venue.